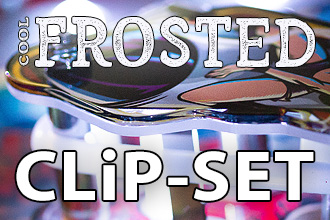 The Guns N' Roses LE by Jersey Jack Pinball is particularly exciting due to the numerous LEDs and the fascinating light design. For this reason, a discreet CLiP set was developed for the first time to protect the original plastics. Up to now, the CLiP were only available in colour as "Colored Lighting Protectors", for the GNR LE now for the first time in the new version as  Cool-Frosted Lighting Protectors.

So that it integrates optimally into the flipper design, it is not made of coloured material but of transparent plastic with frosted edges. This look corresponds to the LED strips on the playing field. Due to the compact playfield design, the frosted CLiPs for the GNR LE are made of two instead of three millimetre thick material so that assembly is possible at all.

To protect and preserve the value of the GNR LE, further protectors for the playfield and the shooter lane are also available in our shop: GNR LE Protectors.